SAP selectors change depending on user

I started with a SAP automation and noticed something odd:

As the Robot SAP user was not ready in time, I started building the robot with my personal SAP user logged on to SAP, everythign is fine, I can run the whole process in Studio.

When I afterwards tried to use the robot with the dedicated robot user, all SAP selectors stopped working.
When I checked the selectors, I found that the Selector shows “sap id” for one user and “wnd class” for the other.

Scripting is enabled and active, the windows are set to modal as stated in the UI Path documentation, I’ve compared SAP GUI configurations and I found nothing.
Have you got an idea what could cause such a dramatic difference? 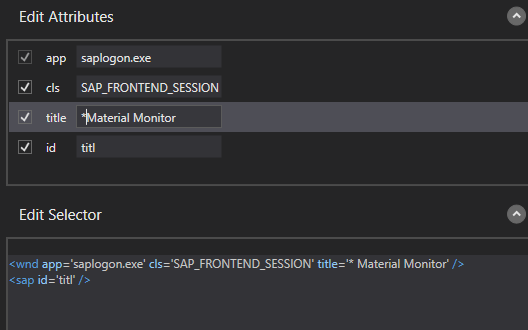 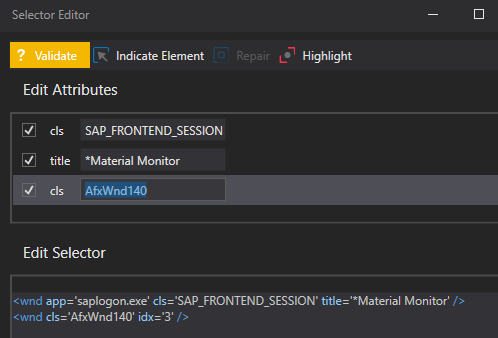 you have enabled client side scripting using the GUI configuration, but have you enabled server side scripting?? seems like it is enabled for the personal SAP ID, but not the robot SAP ID

Hi Jack,
thanks for your reply.

I checked the studio docs and all settings look the way they’re suposed to. I went RZ11 as described, to be on the safe side, I set the vale to “true” even though is was already “true” - no change.

Thanks and kind regards
Alex

Found it.
The use of scripting is governed by a custom permission object in our SAP sytems. This was incorrectly assigned. So, if you’ve set everything as described in the UIPath documentation, but Script Recording and Playback is still unavailable in your “Customize” menu, contact your SAP Authorization colleagues.
This element must be available. 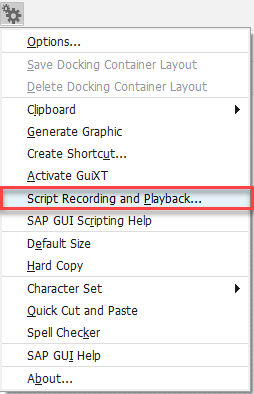