As mentioned in past threads, when the error message, “This location is marked as const, so its value cannot be modified”, is encountered, it is due to a Read-Only variable attempting to be modified.

I noticed that I am also having problems when I try to use it on assignment to local variables. Why can I not set the initial value of a non-Read-Only local variable to a read only variable? 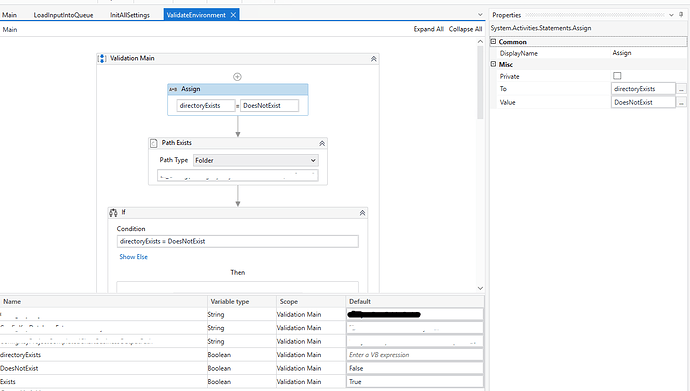 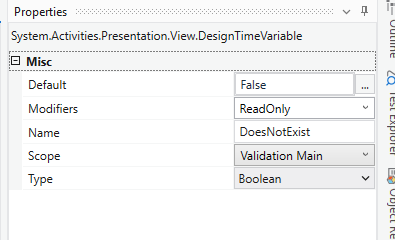 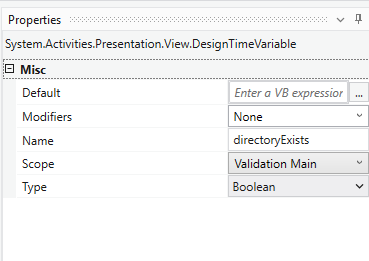 This is kind of goofy logic you’re trying to use here. You don’t set one variable to true and another to false and then check against those variables. True and false are values themselves, you don’t need them in variables. You’re making extra work for yourself.

Directory.Exists() returns boolean, so you can just do… 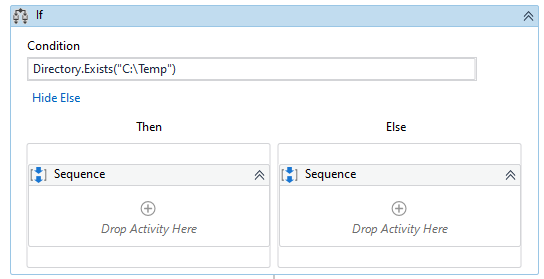 If for some reason you want to use the Path Exists activity, the result is that its output variable (pathExists, or whatever you named it) has a value of true or false, so you can just do… 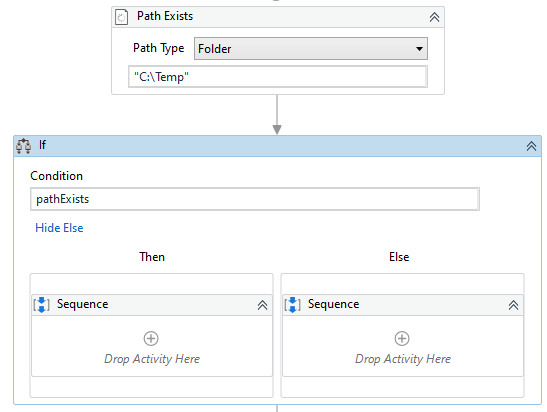 Again, though, that’s extra work because you’re creating variables and splitting it into multiple steps/activities, when you can just directly use the Directory.Exists() method in one step.

The variable DoesNotExist is intended to act as a constant that avoids “Imaginary Boolean” values. So there is not a question on what the boolean value False actually represents. By setting it to a constant, the constant describes False.

The Path Exists activity could be removed entirely, as you recommend, as it does not seem too cluttered. I would probably want to put the string path in a constant variable to avoid a magic string.

If it helps, the logic you’re using is like setting a variable…

…in order to see if someValue is 2. That’s extra work, goofy logic. You just do…

…is all you need.

Show which activity is faulting.

But why does it matter? You should use proper logic and then the error won’t happen.

The screenshots are still valid above. As mentioned some of the code could be refactored, however, a variable that is intended to be a read-only constant cannot be used for initialization.

In your example, you mentioned assigning a variable of 2 and then checking again later if it is 2. The number 2 could be added to a constant that describes 2, so we know more about what 2 represents. That way when our business logic executes, and possibly changes the value of myVar to 3, we know it no longer represents the condition that our read-only constant (of 2) describes. It also works well for reusability, if the constant should need to be referenced again later. However, in the current state of things, the constant could not be used for initialization before the bulk of the business logic is performed on it.

Also, I appreciate your time, and feedback.

a variable that is intended to be a read-only constant cannot be used for initialization.

Yes it can. That’s why I asked you to show which activity of yours is faulting, because it probably isn’t in the ones you showed. 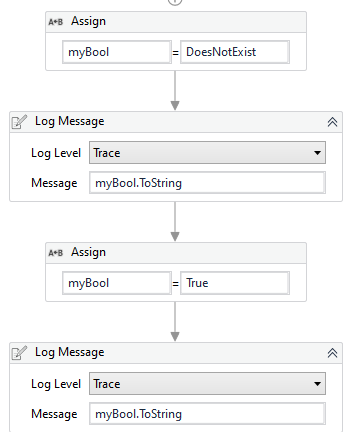 The number 2 could be added to a constant that describes 2, so we know more about what 2 represents.

That’s what documenting your code is for.

And, of course, in the context of true/false what else could they mean besides an expression being true or false?

Directory.Exists(path) is much easier to understand than the convoluted logic you’ve shown with multiple variables assigning to each other etc.

A constant named DoesNotExist doesn’t actually tell us anything. It doesn’t even indicate that it’s a boolean.

Somewhere you’ve designated directoryExists as read only. Use the universal search to see if maybe you accidentally defined that variable more than once. If not, try deleting and redoing the Assign activity. Sometimes it gets “stuck” and you have to redo it.

I performed the following, but I am still encountering the mentioned output. Also, just a FYI, I am using UiStudio 2022.4.5, RE Framework version 22.4.11.

I created a read-only in my current project, and even gave it a value in Default, and it worked fine.

What Arguments are you using, since these are invoked files? The error may be related to the Arguments, that’s why it always appears to be the first activity that faults.

Hi, This will happen when the project folder is a .ZIP file, Kindly extract the folder and try it again. Let me know if still issue persist. Thanks. 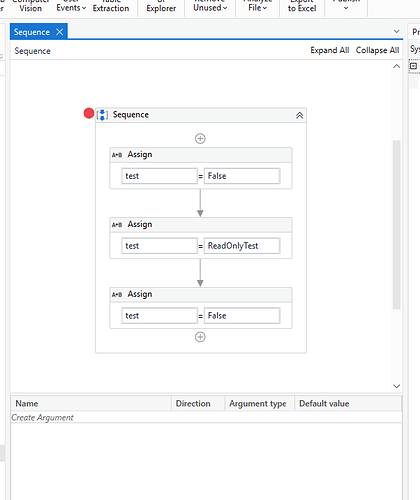 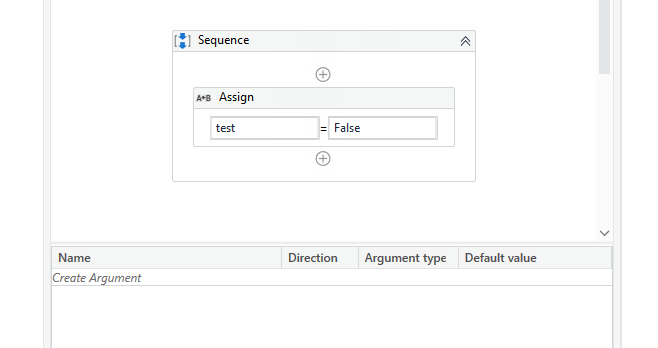 Based on above, it doesn’t matter if the project is using the RE Framework or not. A simple project (Compatibility = Windows; Language = VB) with a single process will produce the exception for me. I did a few more tests. 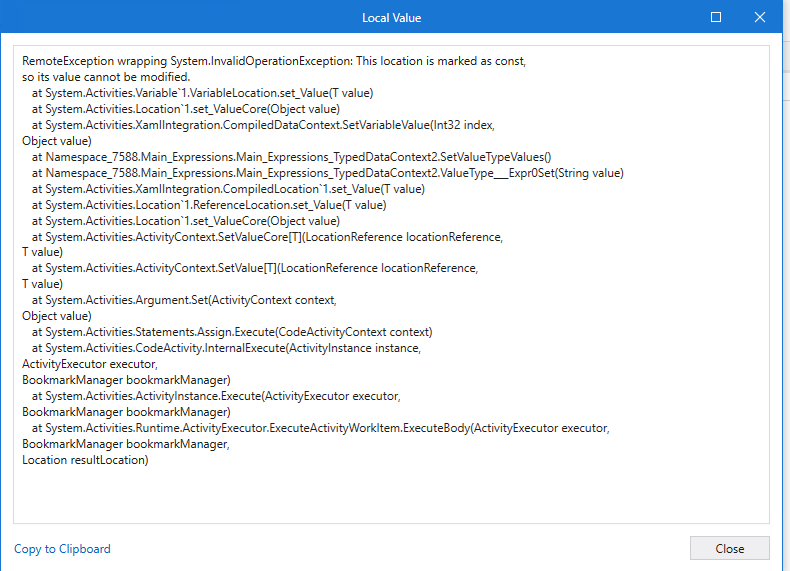 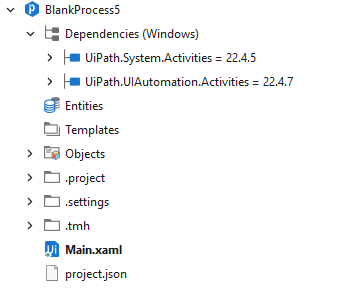 (Also, as a recap, this is for VB - Windows Compatibility)

I found that if only string constants are used in the process, this issue does not popup. As soon as a Boolean constant or Int32 constant is defined, the error is trigger. 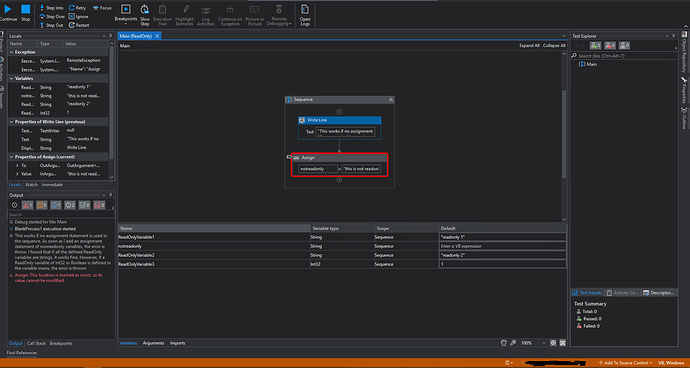 An additional test, and snip.

After a meeting with a tech, the solution was to update to the latest version of UiStudio.

I upgraded to UiStudio v2022.10.4.
(which has upgraded dependencies on new processes, such as UiPath.System.Activities 22.10.4)

Somewhere along the lines, a bug fix must have been put in place.