I create the following Invoke Workflow File activity and provide it with a file that is within the project, but it doesn’t give me the Import Arguments dialog. 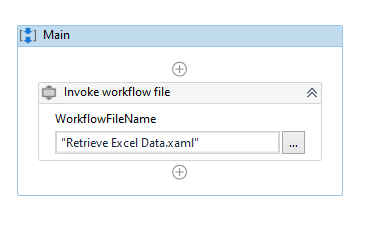 Why isn’t it showing up?
It’s supposed to be asking for a file name and a DataTable to return, but there’s nothing.

I started off with a default value for the file name, so it was able to run, technically, but I when I removed the default, it tried to invoke it and had errors. And the out argument wasn’t doing anything, even with the invoker having a variable of the same name and type.

Did you tried updating all the packages to the latest stable version->Then restart the studio and check it once.

Didn’t seem to make a difference

Does the same happen on the blank empty new project?

What is your Studio version?

Yes, it does. And I even just did a fresh install of the newest version.

Apparently, it was because I had the compatibility set to “Windows - Legacy” instead of “Windows” or “Cross-platform”. Which is dumb and annoying since that’s what it defaults to.