In order to fetch XML node value in UIpath I followed below steps.

“Records-Set/record[A = ‘abc’][B=‘123’]/@Leadtime”
but while printing it to a msgbox It just prints below given string in the message box.

Please help me on this .

below is the XML I am using.

Check the below posts

UiPath.WebAPI.Activities.DeserializeXml Deserializes an XML string to an XDocument object. For more information on XDocument objects, go here. Properties Input XMLString - A string or string variable containing the XML to be deserialized. This field...

Hi, I have tested an XPath String to ensure it returns a value on Free Online XPath Tester / Evaluator - FreeFormatter.com. I am now trying to use this in the Execute XPath activity in UI Path but the output is an object. Im having trouble casting this object to anything useful, can you provide any assistance on using XPath

hi @KT1993
cHECK THIS POST THIS SURELY WILL HELP YOU

Hi, Im not too familiar with XML. Here’s the part of the XML-document: [Sieppaa] I would like to get the value of the ‘native’ attribute in the ‘callid’ -element. I have tried this on Write Line, after using the Deserialize Xml -Activity: resultXML.Element(“callid”).Attribute(“native”).Value.ToString and many other variations of this. It doesn’t work. Only gives this error: Write line : Object reference not set to an instance of an object. Is there a way I could get the value of the attri…

IF NOT TELL ME THE EXACT SCENARIO 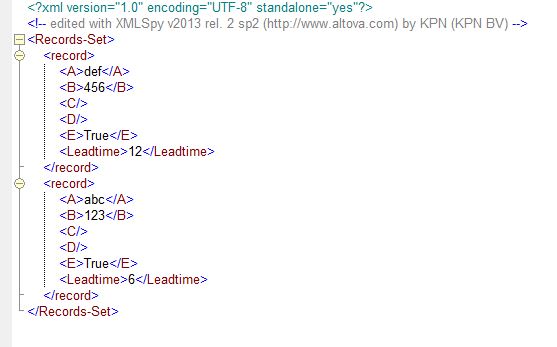 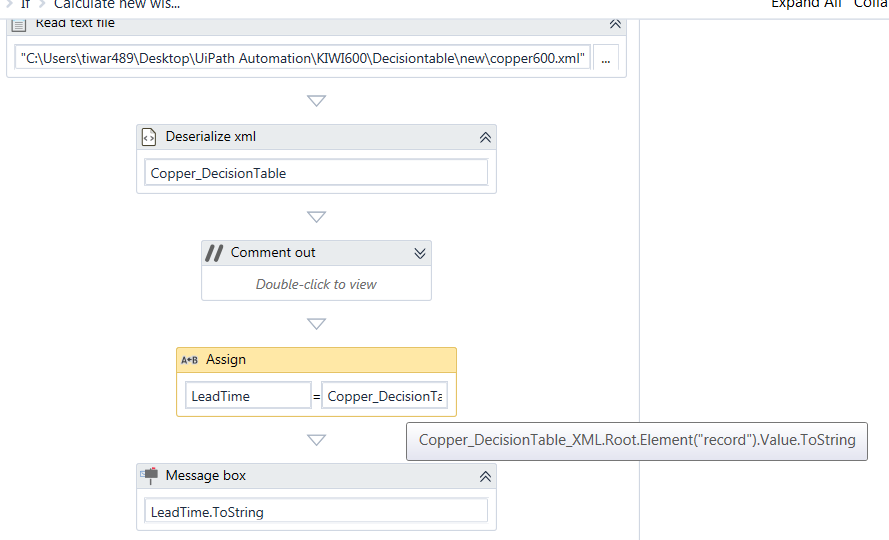 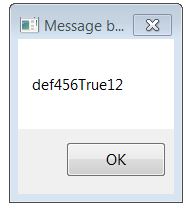 I need the XPATH for such scenario . the below given works well in other XML tools
Records-Set/record[A = ‘abc’][B=‘123’]/Leadtime[1]

use this xpath in execute xpath

using below statement in Execute Xpath utility is working fine for me.
“string(/Records-Set/record[A = ‘abc’][B=‘123’]/Leadtime)”

though I have a new challange now , to make this Xpath dynamic . can anyone help me with the syantx for dynamic Xpath…

try to use * instead of var1 and var2

var1 and Var2 are the name of the variables which will be used to pass the values into statement at runtime.
how can repalcing them with * would work ? 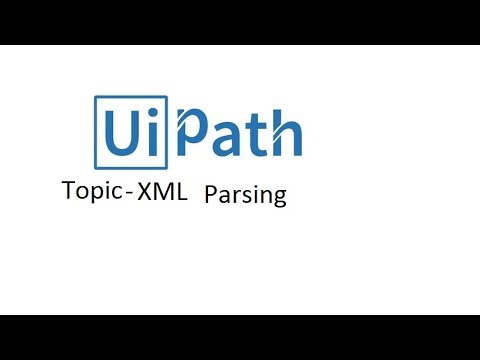 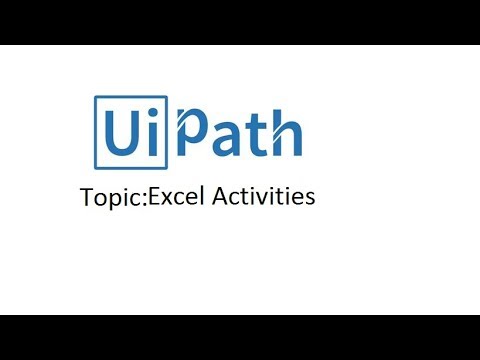 Slightly old thread, but thought I would just put some details in here to help those searching.

If the XML looks the same

You can shorten your XPATH expression a little by search for //record instead of the ROOT element /Records-Set/record....

It’s not much in this particular example, but for deeply nested structures, starting from the root would get messy.

And as you figured out, wrapping your XPATH expression in the String() function returns the string value of the single node, for a parent element string() would return the string values of each of the child nodes.

3 posts were split to a new topic: XPath providing Object and not a String