Hi,
I’m working on invoking the python script in my project to decrypt the encrypt and decrypt the password using the AWS KMS service. I have created the python code and tested it locally which works fine while running through the python IDE.

when I tried to “Invoke python method” I’m getting a pipe is a broken error on the UI path.
Could someone please provide some feedback/suggestions on this?

Appreciate your help. Let me know if you need more details.

Try placing the import Statements inside the function and Check.

Could you also specify the Working Folder i.e the Current Directory Folder and Check.

Thanks, I have replaced the import inside the def function itself and added a working directory still getting the same error. When I tried to run the code on windows cmd it worked.

Is there any other possibility…? 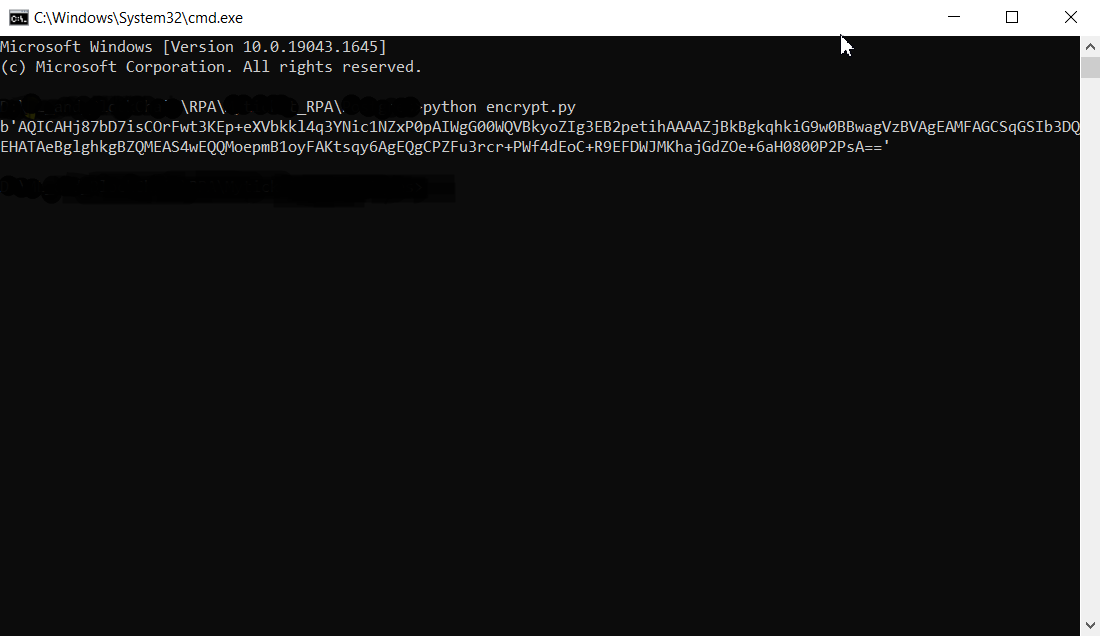 Hello,
I have figured out the issues and fixed them.
The actual issue was I have two python versions installed on the windows machine which cause the trouble. When is initialize the bot it takes the default python and pip environment while invoking the python process.

To get the python path open cmd and run below cmd.

To check the pip run the below cmd

Once we add it double-check the python path on the UI path and the function used to invoke it.

That solved my issues. I hope this might help others. Thanks!