I’m trying to filter through a Datatable built from an Excel file in order to group duplicate values AND Concatenate the values of the duplicate rows at the same time to output it in a new Excel.

This is known to me as a SQL GROUP_CONCAT() but I got really stuck trying to do something similar in Studio.

This will maybe be more clear with a very simplified exemple:

What I need to do is to Concatenate the Values of the Duplicates and group the by their “id”, it would then return somethig like this:

I’m not familiar with LINQ. I would be really greatful is someone has an idea of implementation with a DataTable.Select() method or Enumerables but I’m open to suggestions at this point…

If you face any challenge or issue please let us know

Please refer to the below video. It will help you to find the similar & dissimilar rows in the datatable using linq. 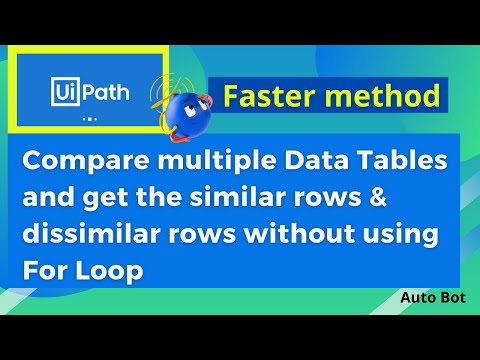