And I have 2 different robots accounts, and one of them is:

image1273×629 31.8 KB
Both robot accounts have the correct domain, username and password.

The machine and robots are assigned to same modern folder.

The only robot that is working is the one with green in this table, the other remains in Pending state.

So for the first one I am able to start an unattended process, but for the second one I can’t because is stuck in Pending state forever. Is working only after I manually disable the first robot, so that second one can have the license. I thought that 1 NonProduction license can be shared between multiple robot accounts, isn’t it?. It seems that is not working.

It can’t be shared, you can only connect one machine at a time.

I understand that, but I don’t need the processes to run in parallel, is it ok to run one after another, but it doesn’t work at all, the second process remains in Pending state, since the first robot does not release the license for the second robot.

With one robot you can run processes one after the other.

But coming to multiple bots you can only connect them simultaneously with two licenses. Since you can’t even connect this you can’t expect for running.

Is there a way to disconnect the robot automatically, without human intervention, after the process ends so that is releasing the license for the second robot?

But it’s a manual process. You need to disconnect first robot and connect the second robot.

So is not possible to have 1 Non production license set on a machine and have 2 triggers (processes) during the night to run on 2 different robot accounts at different times?

is very strange because for classic robot this worked…8 robots could share same license without me having to manually disconnect any of them…during the night we had multiple processes scheduled to run on same machine with different robots and everything worked fine, but if we want to migrate to modern folders this is not possible anymore

classic robots on same standard machine, all 8 robots can run processes on that machine one after each other:

modern robots on same machine (using machine template), only the green service username works and has 0 for robots:

How is modern folders a better thing when it comes to license consumptions?

This is how it was before, according to their documentation, but now for modern folder is not the case anymore:
For example, if on a machine with 5 Robots, you assign only 3 runtimes, it means only 3 licenses are consumed. If you execute 5 jobs or schedule all the Robots on that machine, the following occurs:

I am having the same issue as: Robot licensing error. There are not licenses available (No. 1915) and Unattended robot not releasing license

I think you are not properly signed out from both the users. License needs to be free in order to allocate it to users. If you simply disconnect the user session, still your session is active and license is occupied by the user.

During the job run a session will be created if you have properly signed out. Available license will get occupied and job will start running. After the job completes session will sign-out on its own and your license will become free again. I was able to run one after the other from both users in the same machine with a single license.

what do you mean by this? how to properly sign off?

Also are you using modern folders?

Disconnect from windows server or disconnect/sign out from UiPath Assitant? 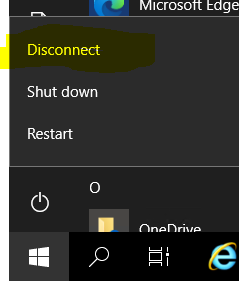 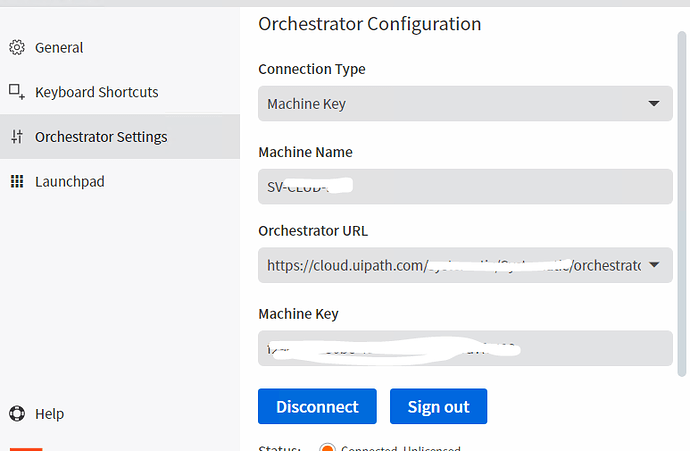 Found my issue. At the installation I had the User Mode checked, instead of Service Mode, now is working perfectly 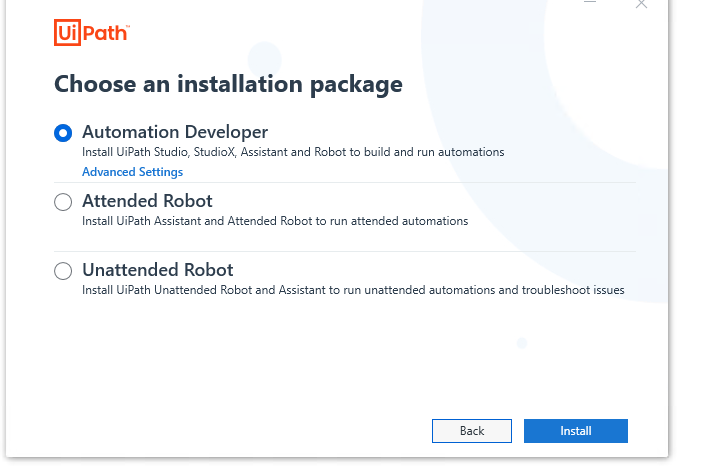 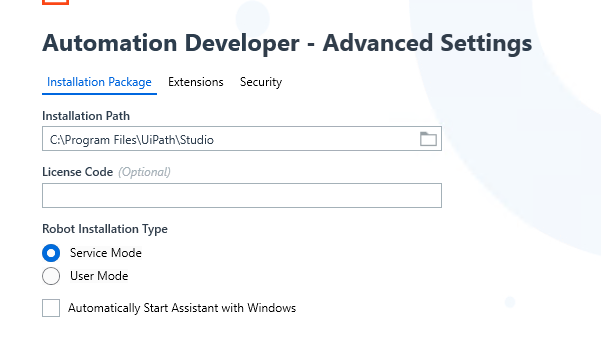 Glad you were able to resolve the issue. I was talking about signing out from windows user if you have logged in manually.

Glad you find the solution. But doesn’t the user mode have more disadvantages on running unattended robots?