New machine with nothing

If I have a new machine on which I have had to install everything from chrome, UiPath, python, etc… What do I need to run Python Scope? Currently it does not give any errors but the execution does not go into Python Scope it just sits there waiting for something, the configuration I have is:
Path: “C:\Program Files\QGIS 3.24.1\apps\Python39”.
Target: 64x
Version: Python 3.9

I attach a picture of the blocking that occurs in the program when it reaches the Python Scope, at the beginning it prints numbers from 0 to 5 in a loop and just when it has to print something inside Python Scope it does not do it, it never gets to enter this activity. 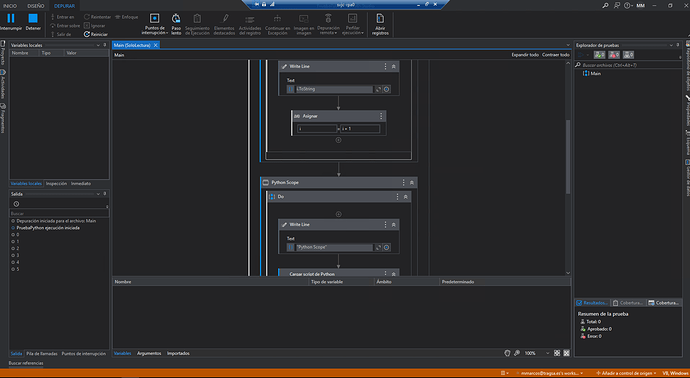 I went through the same problem, I was using a new project in “Windows” mode and I was not successful when using Python.

Would you mind sharing a project that reproduces this issue, including a sample Python script that is causing the issue for you?