Firstly, it was great discussing test suite capabilities with @Gernot_Brandl @ThomasStocker @Horea_Soanca and Balwant. Thank you for your efforts.

This feedback post is based on one particular observation I made at the Leapwork expo booth at the EuroSTAR conference.

After getting an indepth demo from Leapwork, one particular feature which stood out was the ease of debugging in their platform. I do strongly believe that such a feature can benifit both the UiPath Test Suite and UiPath Studio / Orchestrator products. Leapwork is also developed on using C#.

The feature: Simultaneous preview of executions + video + logs + state of the workflow 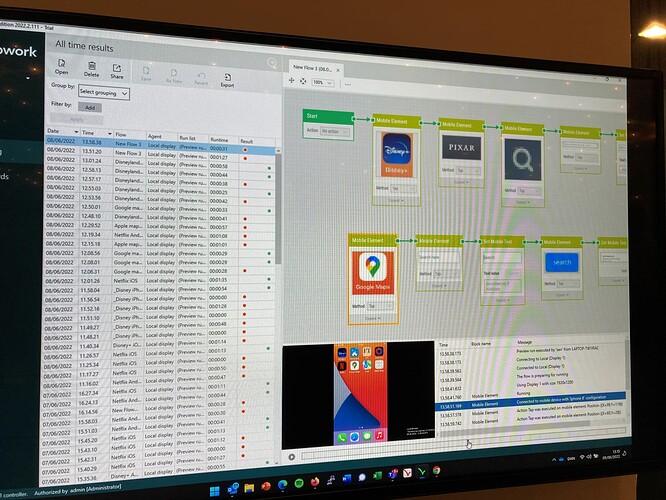 I can imagine that such a feature can be a godsent in both RPA and testing projects by allowing the developers to debug at a much faster rate. The tags introduced in 22.04 does not yet support filtering robot logs. Although there are many video capture libraries in MarketPlace, the video capture features are not user friendly. UiPath orchestrator already supports the graphical representation of the packages uploaded so connecting it into the logs / error logs should be possible.

The current painpoint for a UiPath developer or test developer is to get a quick situational awareness of an automation execution via the Orchestrator or Test manager when things go wrong. An intitutive debugging feature in orchestrator / test manager may be of help in such situations.

This feature might be a tall ask but if a competitor can realize it, UiPath surely can as well maybe in a more elegant UI as well.

I wish the test suite team more success and hope to see them again!

Thank you for your input. I saved it for our Test Suite and Orchestrator team to consider.

In the meantime, I’ll just leave here a small feature that allows you to record screenshots for your UIAutomation execution that failed:

The recording functionality helps you troubleshoot faulted jobs. Whenever a job fails, screenshots illustrating the last moments of the execution are available for download. This functionality is only available for unattended automations. Recording...

Helloe Jeevith, I can just confirm that it was really a pleasure meeting you at EuroStar - your commitment, technical expertise, curiosity and engineering skills are a true asset for the community - keep up the good work!
About your feedback:
Points taken, your suggestions absolutely make sense and we will try to incrementelly improve here. One of the current items we are working on is a detailled robot telemetry that should offer more insights and meta information during execution to help figure out potential issues.
You also mentioned video recording - OR already supports such a kind of media recording. what do you think about this capability? Is it useful or what would you change here?
Thx in advance for your feedback.