Have a try on the solution above

That being said, there is an easy way of doing what you want without an additional development effort. If you go into your orchestrator, you will already have a process created which runs the PROCESS_MAIN file, you will want to create another process within orchestrator which uses the same package as before, only this time you will want to amend the entry point for the automation from Default to PRESET_EXTRACT and that newly created process will run form the PRESET_EXTRACT.

There are also other ways of getting to your intended solution, such as the example from @Gokul001, or by amending the project.json file ‘Main’ parameter before publishing, but the orchestrator entry point function is the simplest

screenshot of entry point in orch: 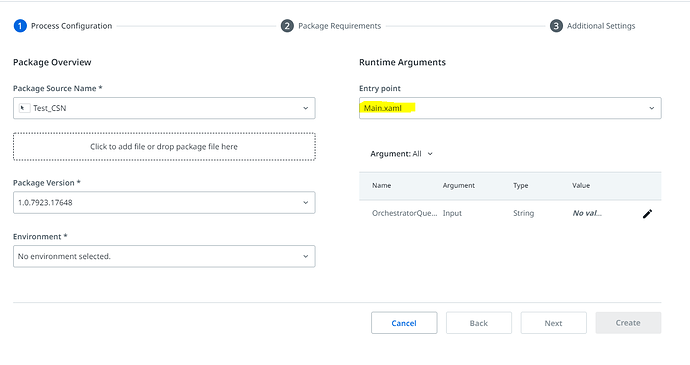 in Orchestrator, click on the folder you are using, then on ‘Automations’ then on ‘Processes’ then click ‘Add Process’ - see screenshot with the above buttons highlighted:

you should then end up with two processes in orchestrator, the first one which you have already created which runs the PROCESS_MAIN, and a second which you created as per the above, which will run from the PRESET_EXTRACT

Thanks, but i am unable to find entry point in orchestrator? And PFA here ADJUDICAT_MAIN is process main 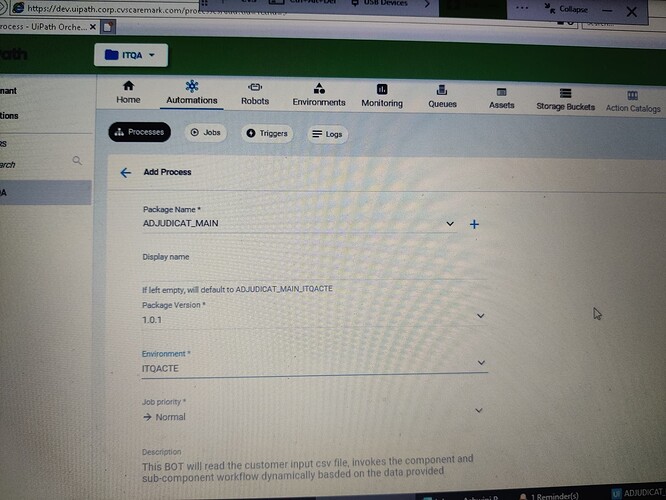 Hi @Ashwini_Patil, apologies I think you are using a previous version of orchestrator and the functionality isnt there unfortunately.

Another workaround would be to go back to your automation in studio and open the project.json file in a text editor like notepad - screenshot below shows where to find the project.json: 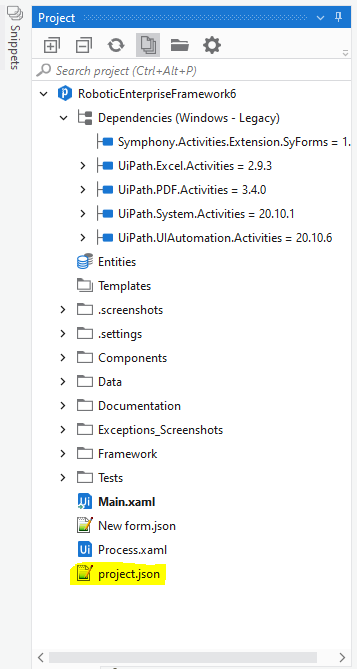 Once you are in the .json file, you can edit the value for ‘Main’ and replace the value with PRESET_EXTRACT.xaml as seen below. Then save and close the .json file, and republish the project from studio, with an appropriate name so you can identify that it is the EXTRACT variation of the process: 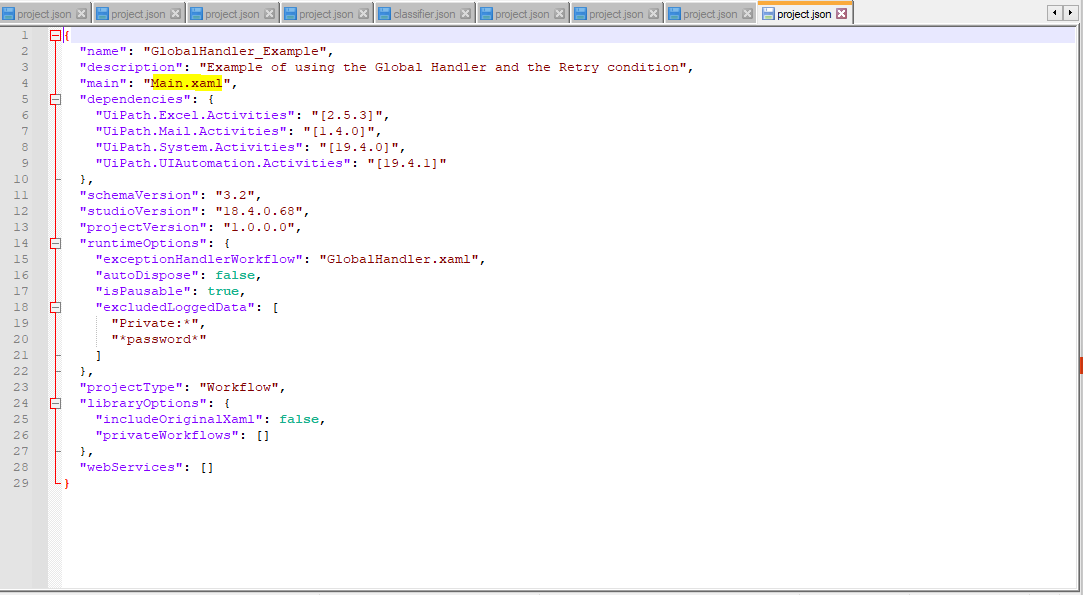 Not sure if its best practice but you could do the following:

Inside you Main you can have a Flowchart and an in_Argument.

As you can see the Job parameters appear.

Also, you can use these when setting a trigger.

This also gives you a way to set you process as “Testing-test, Testing-production, Production-Live” by setting the in_Argument to go into the Config variable and dictate the workflows behaviour.

Thanks for your solution if i change that to PRESET_EXTRACT.xaml after publishing the ADJUDICAT_MAIN is it going to create two process in same package and can we run both individually in orch right? Or shall i place both xaml name in main.PFA 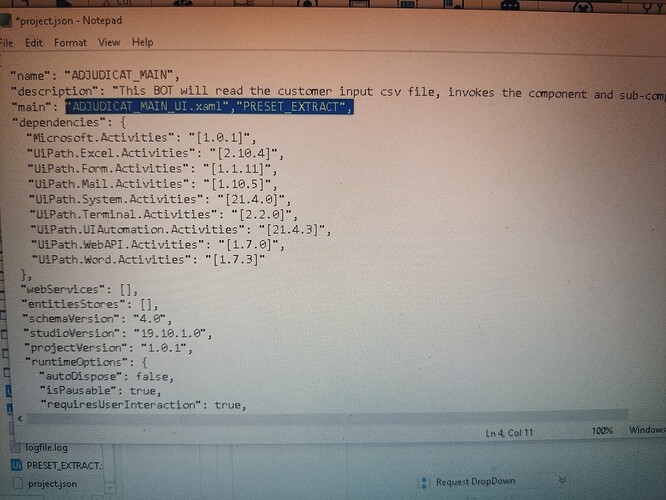 You shouldn’t have done it this way. They should be two separate projects published under different names.

This is an example from another process, you don’t need to use queues for this to work.

Replace my example with your 2 use cases.

This is also a good way to give the business users a bit more variety.

Thanks @Alexandru_G_Marica i followed you steps while starting a job i am not able to add the parameters PFA. 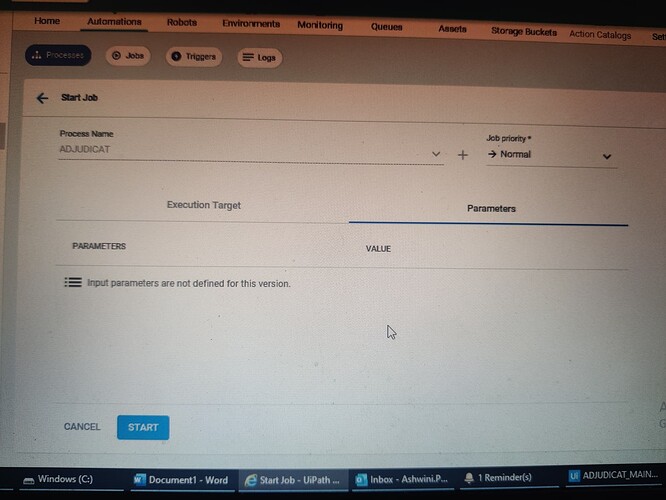 No you would publish one package with ADJUDICAT_MAIN.xaml in the json, and another one with PRESET_EXTRACT.xaml. then you will have two separate packages, one for each of the processes

The in_Argument needs to be in your target file. In my case its Main.xaml

Or check here About Input and Output Arguments (uipath.com)