My issue is, the second time I use GetQueueItems, it’s not retrieving anything, but I knew there are queue items of those other types, like New. This eventually led to believe that the activity does not work twice in the same workflow for some reason. Doesn’t make sense, but I thought that was the issue…

Just to make sure I wasn’t crazy, I copied and pasted the exact same GetQueueItems activity in my workflow twice. You can see they are the same:

The first time it ran, I got this:

The second time, I ran it along with some other configurations, described in the log message. I got this (Ignore the very first log message.):

As you can see from this screenshot, there are plenty of different items in the queue. Is this a bug? If so, feel free to move this discussion to the correct message board. Thanks. 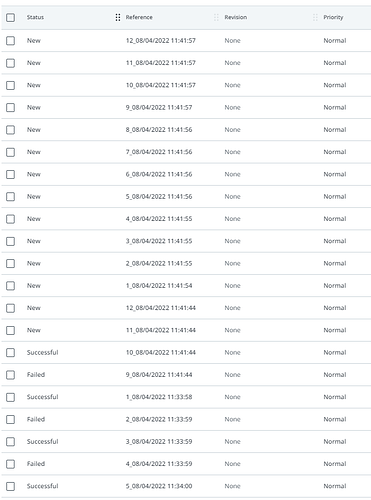 Did you set the output variable in the second activity please ?

Yes, it was just copied and pasted, so it was definitely set.

It is definitely weird.

Kindly let us know the version of package dependency…

Meanwhile I can try the same and feedback. 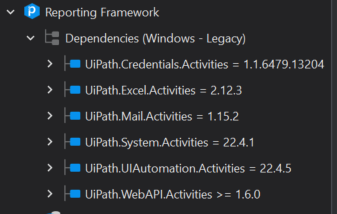 In the second GetQueueItem just try to keep only New and check the output. This is just for debugging.

I switched the activities around in my workflow, and they started to work correctly. Since I was using some variables twice, I wonder if there was something going on with them being overwritten…
I’m not convinced there isn’t an issue with the activity, but I’m just happy I got it to work. Literally just put the “New/Deleted/etc.” sequence before the “Successful/Failed” one, and it started to work.

Maybe something gets overridden while you are using the same activity twice. Glad the issue is resolved now.