In light of the deprecation of the windows-legacy compatibility, I though I would ask a question.

In my company, the Studio version is 2021.10.6 and all our robots are built in Windows-legacy (some in VB, some in C#).
Many robots work with a terminal-like program that is mostly a 16-bit application. We have never gotten a Windows-project work well with this program. Since we will probably want to update our Studio’s to newer versions though, we thought it would be wise to find out if there is a solution to work with this program from a windows studio project.

In windows-legacy we make a connection to the program using a Connectionstring, a reflection file (r2w) and a TerminalActivity. However, if we do so in the Windows project, we get the following pop-up:

While I have different .NET versions installed. It does not specify which one I would need.
I followed this link:" Finding the .NET Framework Version (uipath.com)
And found out that indeed the installed version is .NET framework 4.8.

If I use the configure connection button instead, there is no option for Reflection. Telnet does sort of work, but I cannot ‘take over’ from the robot, so debugging is much harder (after a robot crashes, i cannot move around in the terminal application or repeat what the robot typed to see what exactly happened), and I also have been warned that special key-combinations do not work with Telnet that do with reflection. 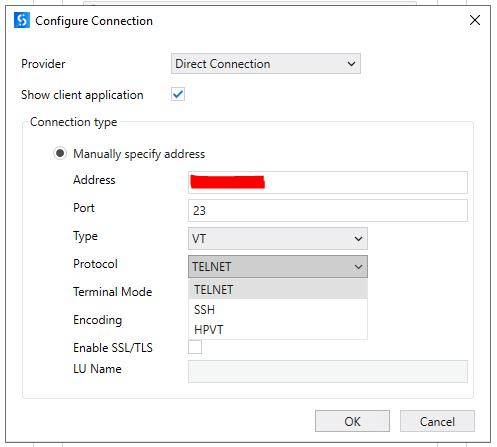 Here are the other providers, maybe i should not use a direct connection?: 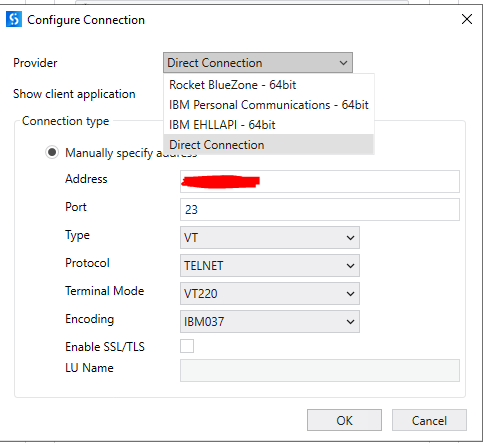 Does anyone have an idea which settings to use or other ideas? Would reflection support maybe be added later in the Windows projects?

There will be a new version of terminal activities that are compatible with windows projects but work with x86 terminals.

Anyway, you can still use the legacy compatibility for scenarios where windows does not work.